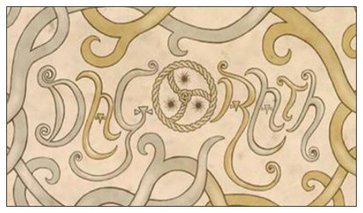 The warriors of Dagorath call you to the field of battle. This action focused foam weapon combat game gives all the chance to clash in fantasy medieval warfare. Inspired by the works of authors such as J.R.R. Tolkien, our fighters have created a world all their own.

The sound of war drums and battle horns beckon you to join us in the shaping of our lore. Be it through the strength of your sword or the art of your crafts, your own skill will determine your fate. All are welcome to come and learn how to “kill” their friends and try it for free!

Dagorath- A Medieval Fantasy Live Action Role Playing game that meets every Sunday at Baldwin Park in Houston, Texas. Loaner gear is provided and it is always free to play. Visit Dagorath.org for more info.

Loaner gear will be provided at MAG CON 11, so come try it out!

**NEW FOR THIS YEAR**
THE DAGORATH MYSTERY LARP

The Great Gooblion has appeared in your quiet town and with him he has brought a mystery! This eccentric wizard is asking for the bravest and brightest to answer his question and he promises a great reward for those that can. Will you rise to the challenge?
Players will work together in teams with members decided by rolling of the dice. Anyone not recruited specifically as an NPC will join teams Good, Evil, and Neutral depending upon their roll. Players are encouraged to roleplay to their heart’s content and have fun in-character banter using their team’s alignment theme as inspiration. For some activities you will work as a team and for others you will compete as individuals. The game is designed so that players can jump in and out as they want, so that they can enjoy other parts of MAG CON. The activities will be divided into overall Tournaments, which are open to all players and initiated by the game master, and individual Challenges, which players initiate among each other. If you are not interested in a particular tournament or otherwise engaged at the appointed time feel free to skip. Only players who poses one of the clues are required to stay in the game, but if you wish to take a break you can ask the game master to pass your clue to another teammate.

Tournaments will occur at scheduled times throughout the day. Winning a Tournament will grant you a clue to help you solve the mystery. Some Tournaments are open to all players and others have a limited number of representatives allowed per team. For those that result in a team victory the game master will decide which individual player will take possession of the clue. The included Tournaments are as follows:
10am Roll Off - A simple game of luck. All players are welcomed to roll the D20 and the highest roller claims the clue.
11am Trivia - Each team will select 2 representatives to compete in a Dungeons and Dragons 5th Edition trivia contest.
12pm Character Creation - All players are welcomed to show off their creativity by filling in the provided character sheet.
2pm Charades - The 3 teams will take turns trying to guess what their representative is trying to convey.
3pm Never Have I Ever - The 3 teams will take turns trying to guess if their representative has ever played a character that has performed the action in question.
4pm Name that Monster - The 3 teams will take turns trying to guess which monster their representative is trying to draw.

Challenges can be initiated by players at any time in-between tournaments, though players can choose to remain in a current Challenge and skip out on a Tournament if they choose. Winning a Challenge between payers allows the winner to claim any one item or clue the defeated possesses. Challenges over regular items can be refused, but Challenges initiated over a clue are not optional. Only enemies from another team can challenge to take possession items or clues. You may not pass off any items or clues to anyone else unless you are stepping out of the game, though you may discuss clues with whoever you wish. You may only initiate a Challenge if you have at least one health necklace in your possession. If you have no necklaces left, you must ask the host for another, but you will have to win a Challenge of the host's choosing to receive one.

All competitions and combat will come in the form of games. You can expect board, card, and dice games as well as riddle solving and small tests of skill to be the main activities. There will be a collection of games for players to choose from to resolve their Challenges through. The game choice should be picked by mutual agreement of both the challenger and the challenged, but if the players are unable to come to a decision, the game master will pick one for them. Games from the Ettin Game Library may be used for this purpose, but when choosing a game players should utilize those that have a clear individual winner. Games that allow for several players can be used but players should be careful not to pick a game that might result in multiple winners from opposing teams.

Each player will receive an item at the start of the game, a necklace, which represents their current health. Whenever you win a Challenge you can take possession of 1 of your opponent’s necklaces. A player that has been reduced to zero health can no longer initiate Challenges but others may still Challenge them. Any player that accumulates 10 necklaces can turn them in to the game master for another item called a luck charm. Luck charms are used as a one-time “redo” for any one move during a game. For example: re-rolling 1 dice roll, or discarding a hand and drawing a new one. For any game where a “move” is not clear the game master will decide how a luck charm can be used for that situation. Players can choose to claim an unused luck charm instead of a health necklace when they have defeated an opponent.

​When you believe you have the mystery solved, you may ask to approach the Great Gooblion to present your answer. A player who is wrong will have to “leave the party” and will be removed from their current team. You will be moved to an NPC team where you will still participate as an obstacle for the remaining players. If you are correct, congratulations, you have won the event.
​