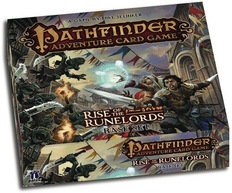 A forgotten evil stirs in the ancient land of Varisia. Dark magic once more thrums amid crumbling ruins, giants gather in titanic armies, cultists murder in the name of foul deities, and maniacal goblins plot a fiery end for the peaceful town of Sandpoint.

Launch a campaign to strike back against the evils plaguing Varisia with the Pathfinder Adventure Card Game: Rise of the Runelords - Base Set. This complete cooperative strategy card game pits 1 to 4 heroes against the traps, monsters, deadly magic, and despicable foes of the Pathfinder Roleplaying Game's award-winning Rise of the Runelords Adventure Path. In this game players take the part of a fantasy character such as a rogue or wizard, each with varying skills and proficiencies that are represented by the cards in their deck. The classic ability scores (Strength, Dexterity, etc.) are assigned with different sized dice. Players can acquire allies, spells, weapons, and other items. The goal is to find and defeat a villain before a certain number of turns pass, with the villain being represented by its own deck of cards complete with challenges and foes that must be overcome. Characters grow stronger after each game, adding unique gear and awesome magic to their decks, and gaining incredible powers, all of which they'll need to challenge greater threats in a complete Pathfinder Adventure Card Game Adventure Path.

GM: Kevin Denner
Go here to see the schedule of events and reserve your spot in an event. 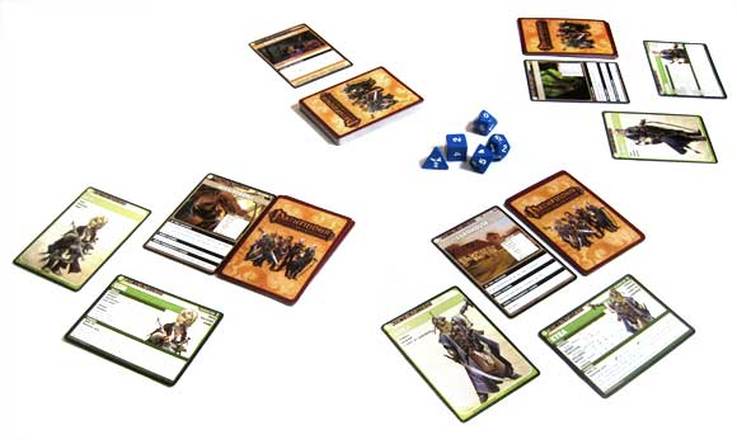