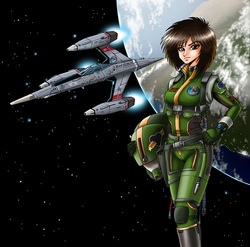 Stellar Horizons is a universe of science fiction excitement, exploration, and adventure. Set nearly a half century in the future, it is a world where an unready mankind has been
thrust in the center of a vast galactic stage populated by exotic alien civilizations.

For the past fifty years two generations of Humanity have been forced to rapidly adapt to a hostile universe with little experience and few advantages.  These people endured two
brutal inter-stellar wars, encountered no less than five intelligent alien species, and made greater technological progress than ever before in history.  It is on their
shoulders that the explorers of today now stand as they face the infinite blackness before them.

All Stellar Horizons games (Role Playing or Tactical Space Combat) are designed for introductory players.  We provide dice and twelve pre-generated characters to choose from
in the role playing demonstrations.  Starship and fighter sheets are provided for the tactical combat demonstrations. Nothing else needed to play

Event Description: There is a mystery on the newly surveyed world of Namtara.  Researchers have recently made contact with a semi-intelligent species of native creatures.  While generally friendly, several remote science stations have been damaged.  The researchers who went to investigate them reported being attacked by an unknown humanoid creature, larger and more aggressive than the natives.  When questioned, the natives told stories of a strange creature of the wilds whom they fear.  Only one photograph of this creature, named 'Enkidus Myconis' or simply 'Enky' by the scientists
is known to exist.  A bounty has been offered for any person or group who can provide evidence or a specimen of the creature.  Your team must venture out to Namtara and earn the reward before the members of the Enkidu Field Research Organization do.
---------------------------------------------------------------

Event Description: In 2057, noted Trans-human separatist group New Genesis established a colony on a small frontier world.  For years his colony had gone unnoticed, as they were simply one of the many reclusive groups who had settled beyond the Outer Colonies out on the Deep Range.  Only the occasional freighter carrying supplies and new settlers would make a run to the isolated colony.  Yet during all that time no one ever left the colony, until now. A refugee escaped with rumors that their leader Rodger Denel has made an unusual discovery that had made him a threat to all nearby systems.  The local regional governor has commissioned your team to fly out to the New Genesis colony and see if the rumors are true, and if so, do what you can to stop Denel and his followers. 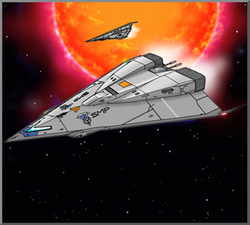 Event Description: Captain John Fuller has been having a run of bad luck with his company recently.  At first his crews had reported strange disturbances in hyperspace while others saw odd lights and phantom sensor readings while in-system.  Still, he's one of the only few operators who will fly to the isolated outpost at 'the end of the line' on the Deep Range.  After the last incident many of his crew won't fly there anymore.  So Fuller is planning a mission to solve the problem once and for all.  He's going to hire a crew of well armed adventurers to accompany the ship and deal with any problems that arise, or at least report back on what they find.  You, and several others, have accepted the unusual, but high paying, offer.  Even so, you expect that it will be anything but routine.
Go here to see the schedule of events and reserve your spot in an event. 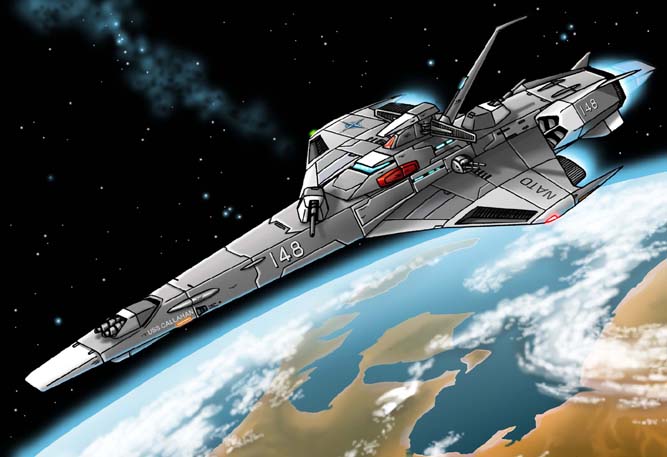